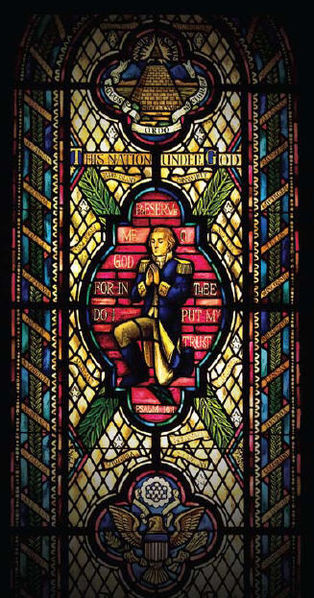 America Needs
a Declaration
of Dependence

In his booklet of the same name, the author, Dr. J. Vernon McGee, puts forth three steps that precede the downfall of any nation:

(Many blogs could be written, filling the details of the three points above.)

As for the United States of America , one of the quotes given in Isaiah - Thru the Bible Radio applies to our current state of affairs:

“America is coasting downhill on a godly ancestry,  and God pity America when we hit the bottom of the hill.”
– Dr. J. Gresham Machen


And Dr. McGee expounds on this downward spiral with an example in history, a summary from the historian Edward Gibbon of the main reasons for the decline and fall of the Roman Empire:

1.  Undermining the dignity and sanctity of the home, which  is the basis of all society

2.  Higher and higher taxes, the spending of public money for free bread and circuses

4.  The building of great armaments when the great enemy is within — the decay of individual responsibility

5. The decay of religion, fading into mere form, losing touch with life, losing power to guide the people

(Reference the booklet - America Needs a Declaration of Dependence)

The problems we face today may seem enormous and complex.  But the problems of the day have always seemed so in other times of history.  And clergy (such as Dr. McGee, in point #1)  and historians (such as Edward Gibbon in point #5)  have some consensus that the root cause of  the decline of a nation is spiritual.

Decline has its genesis in religious apostasy as the religious institutions fail to have any meaningful effect in personal lives or provide moral guidance and ballast for the individual, the home, and the nation.

It makes sense that the start of a way out of a downward spiral is to look up.  And we have a great opportunity to pull up out of the tailspin - now.  And a national event coming in the next few days may just be the kick start we need.

Is it true ....
"We learn from history that we learn nothing from history" ?
George Bernard Shaw

Are we doomed by our own amnesia?

Many of our past presidents have relied on prayer, especially during difficult days when it looked the nation would not survive. Such words from George Washington and Abraham Lincoln indicate their dependence on God, as in the link given below:

*  Pray for our President.

Ronald Reagan also said much about prayer and his faith in God, as shown in this clip below, which gives an insight for his optimism in America, even in the troubled times.

Keep praying for America
for ...

Ecards for National Day of Prayer:

*  Please join me in prayer May 3rd