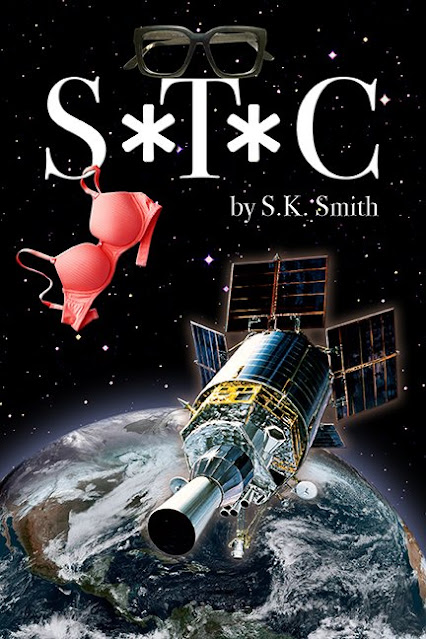 The space shuttle Challenger is up in orbit. The Reagan administration is beefing up defense to fight the Evil Empire of Communism. And the Satellite Tracking Center, known as the S*T*C, is staffing up to meet those challenges.

This was the spirit of the times in my latest book---S*T*C.

And what was going on during the era of the Cold War during the Reagan administration?

Go back another 20 years and hear the rhetoric...

Below is a recording of then-Governor Reagan's speech given at the 1964 Republican Convention that nominated Barry Goldwater.  The visuals are updated to reflect the continuing struggle since then.

Yet in 1984, the Cold War was at an inflection point as the former USSR would soon fall apart and the Iron Curtain would be coming down.

The old boy network finds itself turned upside down when young professional women, such as Samantha Clark and Rosalind Hart, breach the male-dominated mission control teams inside the S*T*C. In the secrecy demanded in the classified world, how do Sam and Roz cope with men behaving badly? Will the women or the old boys break first?

This fictional historical novel gives a personal feel of the struggles many women faced with a touch of humor in the mix.  It's not all black and white. Not all women were angels. Neither all men Neanderthals.

S*T*C is available as a paperback, kindle, kindle unlimited. (Links below)

Your readership is appreciated.

Posted by smithsk at 8:26 PM No comments: