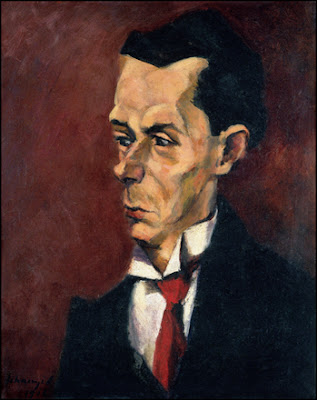 What is a critic?

It may be a simple question with an obvious answer.

Critic, according to Merriam-Webster:

1a: one who engages often professionally in the analysis, evaluation, or appreciation of works of art or artistic performances

a literary critic
a film critic
a theater critic

b: one who expresses a reasoned opinion on any matter especially involving a judgment of its value, truth, righteousness, beauty, or technique

Critics of the new law say that it will not reduce crime.

2: one given to harsh or captious judgment

Opinions on writing fall in the category of literary critic, such as  Andor Halasi in the portrait. And as writers, we face many critics--the harshest of all from ourselves.

Let's look at definiton 2 of critic: one given to harsh or captious judgment

In general, criticism is the easiest thing in the world to dish out.  The critic may not be qualified in the field. He/she can be a drive-by snipe, whose motives are far from professional, never the less construction.

Yet, an unkind word, true or not, can break a spirit...derail a career. Resilience, though, allows the artist to keep on going, keeping in this mind:

“There is only one way to avoid criticism:
do nothing, say nothing, and be nothing.”

I remember in college, when stung by a roommate's criticism of my choice of studies. I shared my hurt with one of my professors. He gave me a copy of a newspaper clip, which he kept in his wallet. Clearly, the advice was precious to him.

“It is not the critic who counts;
not the man who points out how the strong man stumbles,
or where the doer of deeds could have done them better.

The credit belongs to the man who is actually in the arena,
whose face is marred by dust and sweat and blood;

who strives valiantly;
who errs, who comes short again and again,
because there is no effort without error and shortcoming;

but who does actually strive to do the deeds;
who knows great enthusiasms, the great devotions;
who spends himself in a worthy cause;

who at the best knows in the end the triumph of high achievement,
and who at the worst, if he fails, at least fails while daring greatly,
so that his place shall never be with those cold and timid souls
who neither know victory nor defeat.”

Below is the narration: The Man in the Arena – Teddy Roosevelt (A Powerful Speech from History)

I received the Teddy Roosevelt quote over 45 years ago. Since then, my professor who gave it to me has passed away. But his encouragement during that low time gave me the courage not to give up during many challenges in my life.

So, my friend, whatever you tackle, such as writing, consider the carping of the critic for what it is. Mine it for any truth that may be constructive. And most of all, get up and keep on going.

Posted by smithsk at 9:39 AM No comments: