Pray4America (part 19) - Australia has our back in prayer!

As we come to this week, other nations have America in their prayers, such as Australia with a ....

Before the United States became of nation, events in the past indicated Providence had intervened during time of peril. One such crisis was the French Fleet, seeking vengeance on Britain and the American Colonies in 1746, which brought about the ...

The Governor Of Massachusetts, William Shirley, declared A Day Of Prayer And Fasting For Deliverance - as a French invasion seemed imminent. The clip below reminds us of this deliverance:

* reference: The Miraculous Defeat of the French Fleet, 1746

Another great crisis in American history came during the Civil War. This rift brought America to her knees. So came the call for a ...

Abraham Lincoln's proclamation of a National Day of Humiliation, prayer and Fasting for 30th April 1863 is read in the clip below with an appeal for forgiveness:

I looked for someone
among them who would ...
stand before Me in the gap
on behalf of the land ....

And Australia is standing the gap for our land with this prayer:

If My people,
which are called by My Name,
shall humble themselves,
and pray, and seek My face,
and turn from their wicked ways;
then will I hear from heaven,
and will forgive their sin,
and will heal their land.
II Chronicles 4:17 (KJV)


Passover in 2016 will be celebrated April 22 - April 30. And it is a most significant event in the Old Testament as well as the New Testament. Reference: Everything you need to know about Passover 2016

The ancient feast has its roots in the Law of Moses. It celebrates the deliverance of the Jews from the bondage of Egyptian slavery as Moses, in the power of the Lord, led them to freedom into the Promised Land.

For a good summary:  In a Nutshell: The Passover Story

Later, Jesus made a new covenant, the New Testament, at this feast, which became known as the Last Supper. Christians to this day celebrate it as communion.


The Story in Song

Passover Medley, below, tells the story in pictures and music, sung by a group that merges both the Old and Testaments, the Liberated Wailing Wall.

Most of this Passover Medley is sung in Hebrew (with a few verses in English from Charles Wesley's hymn, Come, Thou Long Expected Jesus). But the lyrics and its translation of the Hebrew into English can be found here: Passover Medley by Liberated Wailing Wall

And St. Paul wrote these words, bringing the Old and the New together:


Get rid of the old yeast,
so that you may be
a new unleavened batch—
as you really are.


For Christ, our Passover lamb,
has been sacrificed.
1 Corinthians 5:7 (NIV)

And this message lives on through the centuries in religious rituals as well as music.


Blessings and new beginnings, my friends!

Posted by smithsk at 3:05 PM No comments: 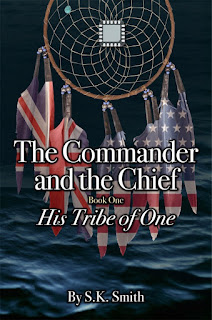