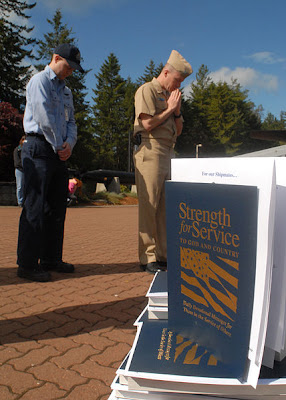 The Lord is my shepherd; I shall not want.

2 He maketh me to lie down in green pastures: he leadeth me beside the still waters.

3 He restoreth my soul: he leadeth me in the paths of righteousness for his name's sake.

4 Yea, though I walk through the valley of the shadow of death, I will fear no evil: for thou art with me; thy rod and thy staff they comfort me.

5 Thou preparest a table before me in the presence of mine enemies: thou anointest my head with oil; my cup runneth over.

6 Surely goodness and mercy shall follow me all the days of my life: and I will dwell in the house of the Lord for ever.

This psalm must be one of the most familiar and most quoted verses in the Bible.

To attest to its universality, below is a recitation of it, broadcast in the episode called "The 23rd Psalm" from the TV series, Lost.  (reference: "Lost" The 23rd Psalm (TV episode 2006) - IMDb)

And with the recent bombings of the Boston Marathon, this particular verse has precious meaning:

Yea, though I walk through the valley of the shadow of death, I will fear no evil ...

At the finish line of the Boston Marathon was a scene of the shadow of death  ... and fear ...  and  evil.

But there were also the heroes who feared no evil.  And these heroes ran toward danger - not from it - to help those who were the victims of evil.

Looking up the Hebrew word for fear - Yare' - used in this verse has  interesting nuances that are lost in the translation.  (Check out:  Yare' - Old Testament Hebrew Lexicon - King James Version )

Fear not only means to be afraid, but it denotes a sense of reverence and awe, such as reverence for God. Therefore, this verse - fear no evil - can mean not being afraid in the face of evil as well as not reverencing or being fascinated by evil.

It seems in our 24/7 news cycle, evil has been given a world wide platform and megaphone.  The clip above shows the strength of people responding to peril.  But so often, news dwells on the negative, the sensational, the fascination with evil.  And we are urged not to do this - give no reverence to evil.

Oliver Cromwell once said -
“I have learned that if you fear God,
you have no one else to fear.”
(reference: ttb.org - quotes)

* Do not revere evil, but revere God *

The National Day of Prayer.

And may this latest act of terror turn our hearts to fear only God and fearing no man - especially a terrorist.

Photo from:  Wikipedia - US Navy prayer
Posted by smithsk at 10:39 PM No comments: 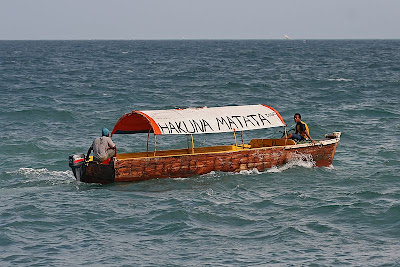 My previous post -  Death and Taxes - was a bit of downer.  But death and taxes aren't exactly cheerful topics.  But I promised a more upbeat post, and here it is.

For those of you who have watched the Disney version of The Lion King are aware of this catchy song - Hakuna Matata - (not worries) - as sung below.

Especially when I consider these words of Jesus from the Sermon on the Mount:

25 “Therefore I tell you, do not worry about your life, what you will eat or drink; or about your body, what you will wear. Is not life more than food, and the body more than clothes?
26 Look at the birds of the air; they do not sow or reap or store away in barns, and yet your heavenly Father feeds them. Are you not much more valuable than they?
27 Can any one of you by worrying add a single hour to your life?

28 “And why do you worry about clothes? See how the flowers of the field grow. They do not labor or spin.
29 Yet I tell you that not even Solomon in all his splendor was dressed like one of these.
30 If that is how God clothes the grass of the field, which is here today and tomorrow is thrown into the fire, will he not much more clothe you—you of little faith?
31 So do not worry, saying, ‘What shall we eat?’ or ‘What shall we drink?’ or ‘What shall we wear?’
32 For the pagans run after all these things, and your heavenly Father knows that you need them.
33 But seek first his kingdom and his righteousness, and all these things will be given to you as well.
34 Therefore do not worry about tomorrow, for tomorrow will worry about itself. Each day has enough trouble of its own.


Scientific evidence concludes that to be happier - stay in the moment - as seen below in this clip from a TED talk:

The words of Jesus counsel us to stay in the present.  And 21st century science has shown we are much happier when we do that.  (Smart Jesus.)

Yesterday is history.
Tomorrow is a mystery.
Today is a gift.
That's why it's called the present.
Unknown

Photo from:  Wikipedia - Motor Boat
Posted by smithsk at 10:02 PM No comments:

Email ThisBlogThis!Share to TwitterShare to FacebookShare to Pinterest
Labels: Hukuna Matata, Jesus, Lion King, Purcell, Rejoice in the Lord alway, Sermon on the Mount, Stay in the moment, Ted talk, The Lion King 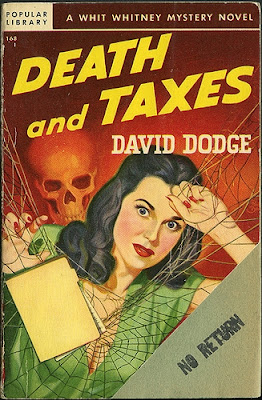 "In this world nothing can be said to be certain, except death and taxes."
Benjamin Franklin

And that anecdote is never so obvious as in April, and especially ....

And that date - April 15th - is a dark day in American history in many ways.

And those dark days all started the night before -  April 14th.

The dark days of the Civil War seemed over, as General Lee surrendered to General Grant at Appomattox on April 9, 1965.  [reference: Surrender at Appomattox, 1865]

April 14, 1965 was to be a good day.  In fact it was Good Friday.  And President Lincoln was enjoying a night out at the theater when this happened:


Then came death, as President Lincoln passed away the following morning on April 15, 1865 - a victim of one of the most infamous assassinations in American  history.  [reference: President Lincoln dies — History.com This Day in History — 4/15/1865]

The Titanic embarked on her maiden voyage -  a luxurious trip from Southhampton, England across the Atlantic to New York City.  Among the famous first class passengers - American multi-millionaire John Jacob Astor IV and the "unsinkable" Mrs. Margaret "Molly" Brown.

The 16th amendment passed, establishing the precedent of the government collecting taxes on income.  Ostensibly this was only to "tax the rich" - one percent of the population of one percent of their income.  [reference:  Our Documents - 16th Amendment to the U.S. Constitution: Federal Income Tax (1913)]

We know how that turned out.  Currently, taxable federal income is from 10 to almost 40 percent - hitting the middle class.  [reference:  Tax Brackets (Federal Income Tax Rates) 2000 through 2013]

As April 15th is the individual filing deadline [reference: File Your Taxes | USA.gov], many burn the midnight oil on April 14 to get their taxes done.  April 14 and 15 are not good days.

The Beatles commented on some the inconsistency and unfairness of the tax system in the lyrics of their song - the Tax Man.

And next post, I promise, will not be such as a downer.  But death and taxes are not exactly cheery topics - but we get through it and carry on.


Other posts in this series:


Photo from: everystockphoto.com - Death and Taxes
Posted by smithsk at 7:22 PM No comments: