Pray4American (part 7) - For such a time as this

It's not just the capital of Rhode Island.

Providence means that the hand of God is in the glove of human events  (reference: Dr. McGee quote)

The story behind this holiday is a good yarn, found in the Old Testament Book of Esther.  It's fraught with racial hatred and political intrigue, yet through Providence good ultimately triumphs over evil .

Many sites write about it, such as About.com which has The Story of Purim.  And for a good summary of the Book of Esther, check out the  Esther Study Guide.

Through Providence, Esther won a beauty contest to become the next queen of Persia.  Later, her guardian Mordecai revealed wicked Haman's final solution to exterminate the Jews in the Empire and spoke of her Providential position -

“For if you remain silent at this time, relief and deliverance for the Jews will arise from another place, but you and your father’s family will perish.
And who knows but that you have come to your royal position for such a time as this?”
Esther 4:14
NIV

Most likely there were several million Jews living in the Empire at that time.  So Esther - by her wits - delivered more of her people, if you go by the numbers, than did the great names of Moses, Joshua, Gideon, or David.

Below is a musical summary of Esther's story.


The story speaks to me today.  Like the pagan court described in the Book of Esther, it seems our leaders govern as if God does not exist.  The challenges we face today seem like there are no solutions or at least ones that we are willing to undertake.  Many "prophets" and "doomsayers" point to America's decline and economic collapse which will consign us to the dustbin of history.  They could be right.

Yet in Esther's story, though God or prayer are not specifically mentioned, both are so evident in the background as God is in the shadows, working behind the scenes, protecting His own.  And throughout any age, the greatest stealth weapon we have is prayer.

And in our day as we need an "Esther" who has the ear of the king, I was quite heartened by Dr. Benjamin Carson's speech at the recent Prayer Breakfast with the President and Vice President.

For such a time as this ...  please join in prayer for our nation.

We confess as a nation we have turned from You and have been so ungrateful for Your bountiful blessings.  Yet, even for a people out of Your will, You are ever faithful to keep watch over Your own.

The Book of Esther encourages us as it demonstrates Your care even when Your people are out our Your expressed will.  During such godless times, though the wicked Haman had plotted to exterminate Your people, You were abiding in the shadows watching over Your own.  Through Your Providence, You raised up Esther "for such a time as this” to thwart the plans of the enemy and give victory to Your people.

With the example of Esther, we take heart for our nation.  Many, it seems, in high places have risen against You and Your people, calling good evil, and evil good, (Isaiah 5:20).  Through Your Providence, Heavenly Father, we ask that You raise up men and women filled with Your Spirit – for such a time as this.  Give us a heart of repentance so we may we turn to You, the only Savior and the only Source of Wisdom to overcome the daunting challenges we face in our nation and in this world.

Here is the song written by the  Liberated Walling Wall - For Such a Time as This - put to dance celebrating not only God's deliverance of His people in Esther's day but other times in the Old and New Testament.

Blessed is the nation whose God is the Lord,
the people he chose for his inheritance.

Posted by smithsk at 8:52 AM No comments:

Email ThisBlogThis!Share to TwitterShare to FacebookShare to Pinterest
Labels: Dr. Carson, Esther, For such a time as this, Pray4America, prayer, prayer breakfast, president, Providence, Purim 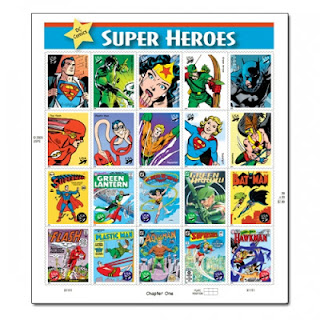 Posted by smithsk at 6:34 PM No comments: