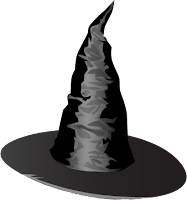 From Huckleberry Jam to Buffalo Jam to Obama Jam 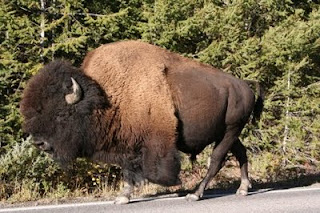 Mid-August, we took a trip to Yellowstone Park. We met with friends, did some camping, and took in many things wonderful and wild.

Wild things were the tourist's obsession, seeking wild life as the paparazzi seeks after hot celebrities. As the traffic crawled to a halt, odds are it was a buffalo jam. When a buffalo, an elk, a deer,whatever, does what comes natural - grazing the the meadows, basking in the sun, the cars slowed, many stopped, cameras whipped out, pictures taken. The tourist were thrilled.

The day after we left the national park, I just missed one of the biggest jams of the Summer - the Obama Jam - as the President of the United States swung by to visit Yellowstone.

What was amazing and wonderful is that so many people get excited about nature and the beauty of God's creation, whether animal (buffalo), vegatable (huckleberries), or mineral (Yellowstone Falls.) And this wonderment is shared from the humblest camper to the President of the United States.

Lift up your eyes on high, and behold who hath created these things, that bringeth out their host by number: he calleth them all by names by the greatness of his might, for that he is strong in power; not one faileth.Isaiah 40:25-27 (King James Version) 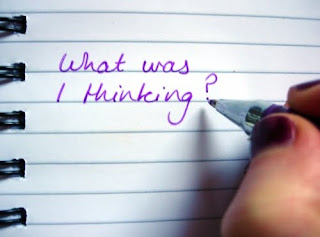 O God, thou hast taught me from my youth: and hitherto have I declared thy wondrous works.

Since last Thankgivings my mother-in-law has felt compelled to write down her memories of the Great Depression, World War II, and 1950s. As part of the "Greatest Generation," I am grateful she penned them or typed them out on a manual typewriter. I was able to post her manuscripts on my website, smithsk.com, and at authorsden.com. On authorsden, her stories of the Great Depression have surpassed my best read article on Black Holes.

Her latest, Memories of Japan, has just been posted: smithsk.com/shortstories_Japan.htm

As my mother-in-law is into her ninth decade, I thought of Psalm 71, a psalm for everyone as we all are getting older. Even in our old age, God still uses us and is glorified.

During these uncertain times, I noticed many have taken a renewed interest in the Great Depression. A teenager from the Midwest was doing a class project this spring and was most interested in interviewing someone who had lived through these economic troubled times. She read my mother-in-law's stories and contacted me. It was difficult to arrange for the student to directly interview her, so I got the student's list of questions, conducted the interview, and emailed back the answers. The student was most grateful.

Photo from everystockphoto.com: second thoughts
Posted by smithsk at 1:29 PM No comments: 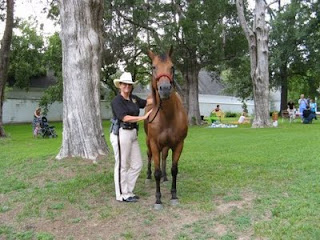 National Night Out? It was to happen August 4, 2009. The flyer caught my eye earlier this week as we were paying our city water bill at the local town hall. I just found out about another national event where the flyer explained -

What is National Night Out? This is an annual event where citizens throughout the country are asked to LOCK their doors, TURN ON their outside lights, and spend the evening out with neighbors and law enforcement.

Last night, we did just that. Locked our doors. Turned on the outside light. (This really wasn't necessary for it was still light out.) Then we went to the park near the river where the sheriff and a few of his deputies were cooking up hamburgers for the community.

We are newcomers to this small town and had a chance to chat with some of our neighbors. Greeters presented us with "National Night Out" stickers with a red flashing LED. The kids thought these flashy things were pretty cool. We meet our county sheriff and a few of his deputies, who have quite a large territory to cover, as we had an opportunity to ask questions and share our concerns.

This all dovetailed with a Bible study (http://www.ttb.org/) I'm following in I Timothy:

I exhort therefore, that, first of all, supplications, prayers, intercessions, and giving of thanks, be made for all men;
For kings, and for all that are in authority; that we may lead a quiet and peaceable life in all godliness and honesty.
1 Timothy 2:1-2 (KJV)

Truly, these men and women in law enforcement are God's ministers and through this national program they are ministering to the public. They all deserve are prayers and support. 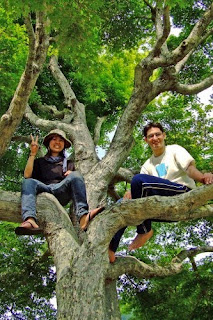 "A man that hath friends must shew himself friendly: and there is a friend that sticketh closer than a brother."
Proverbs 18:24
(King James Version)
This morning I got a surprise eCard from Carole, a friend and former co-worker, who now lives 1000 miles away. It looked like a Birthday greeting. She wished me a Happy Friendship Day!
Friendship Day? I looked it up on the internet. From the site, friendshipday.org, I learned this -

"Friendship Day celebrations take place on the first Sunday of August every year. The tradition of dedicating a day in honor of friends began in US in 1935. Gradually the festival gained popularity and today Friendship Day is celebrated in large number of countries including India. ..."

I wish all my readers, fellow writers, and bloggers a Happy Friendship Day. I thank you for following my blog and encouraging me - like a friend that sticks closer than a brother.