I am thinking therefore I exist.
Rene Descartes

This week my woman's group finished Jennifer Rothschild's study - Me, Myself, and Lies - a "thought closet makeover."

Our thoughts ... self talk ... not only prove our "existence" - as the French philosopher Descartes concluded, but define who we are.

The links above give much more information on the Jennifer Rothschild's series, and I plan to blog more about some of these lessons in later posts.

As we raced to the finish line in this study, I was challenged by the leader of my group to memorize this ...

My old negative self-talk would say: "I'm not good a memorizing anymore."

So I am putting myself out there or should I say, I'm putting Psalm 103 out there in many ways on this blog.

1 Bless the LORD, O my soul:
and all that is within me,
bless his holy name.


2 Bless the LORD, O my soul,
and forget not all his benefits:


3 Who forgiveth all thine iniquities;
who healeth all thy diseases;


4 Who redeemeth thy life from destruction;
who crowneth thee with lovingkindness and tender mercies;


5 Who satisfieth thy mouth with good things;
so that thy youth is renewed like the eagle's.


6 The LORD executeth righteousness and judgment
for all that are oppressed.


7 He made known his ways unto Moses,
his acts unto the children of Israel.


8 The LORD is merciful and gracious,
slow to anger,
and plenteous in mercy.


9 He will not always chide:
neither will he keep his anger for ever.


10 He hath not dealt with us after our sins;
nor rewarded us according to our iniquities.


11 For as the heaven is high above the earth,
so great is his mercy toward them that fear him.


12 As far as the east is from the west,
so far hath he removed our transgressions from us.


13 Like as a father pitieth his children,
so the LORD pitieth them that fear him.


14 For he knoweth our frame;
he remembereth that we are dust.


15 As for man, his days are as grass:
as a flower of the field, so he flourisheth.


16 For the wind passeth over it, and it is gone;
and the place thereof shall know it no more.


17 But the mercy of the LORD is from everlasting to everlasting
upon them that fear him,
and his righteousness unto children's children;


18 To such as keep his covenant,
and to those that remember his commandments to do them.


19 The LORD hath prepared his throne in the heavens;
and his kingdom ruleth over all.


20 Bless the LORD, ye his angels,
that excel in strength,
that do his commandments,
hearkening unto the voice of his word.


21 Bless ye the LORD, all ye his hosts;
ye ministers of his, that do his pleasure.


These following weeks, I ask for your help and encouragement. And ask me how I'm doing.


Do you have any favorites which you have memorized and say to yourself?

Picture from Wikipedia: Thought bubble
Posted by smithsk at 9:55 PM No comments:

Email ThisBlogThis!Share to TwitterShare to FacebookShare to Pinterest
Labels: Jennifer Rothschild Bible study, Me Myself and Lies, memorize this, Psalm 103

February is one short month long on holidays from the sublime (President's Day, St. Valentine's Day) to the ridiculous (Groundhog Day). And since 1926, February has been designated Black History Month.

Three outstanding American Presidents have birthdays this month - one from each century during a defining war in American history: 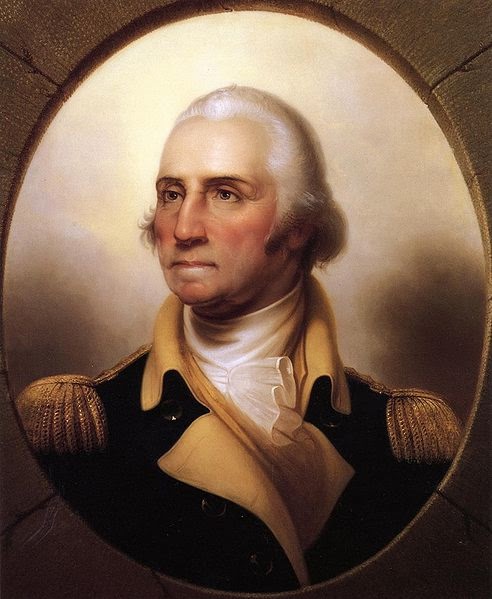 George Washington was our first president under the Constitution, chief among our founders as well as a great general leading the Continental Army in the American Revolution. He was born in colonial Virginia on February 22, 1732.

Volumes have been written about George Washington, but this video clip gives a good summary: George Washington insights by historian David McCullough  ( Here is the text: The Glorious Cause of America.  Also, check out instead:  Prayers That Changed America's History   - smithsk 2/16/14)

And remember it was King George III of England - of all people - after the Revolution who said that George Washington was the greatest man in the world. (Check it out in the video clip above.) 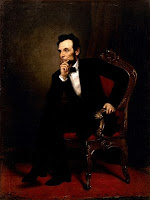 Abraham Lincoln was born in a log cabin in Kentucky on February 12, 1809.

He assumed the office of presidency during a very difficult and divisive time - breakout of the Civil War. Lincoln kept the union together and signed the Emancipation Proclamation in 1863 to abolish slavery.

Again, volumes are written about Lincoln- but students summed up the high points of his life quite cleverly in this rap: Abraham Lincoln Rap

"We hold these truths to be self-evident, that all men are created equal, that they are endowed by their Creator with certain unalienable Rights, that among these are Life, Liberty and the pursuit of Happiness."

Lincoln redefined our nation by the pivotal speech: The Gettysburg Address -

"Fourscore and seven years ago our fathers brought forth on this continent a new nation, conceived in liberty, and dedicated to the proposition that all men are created equal.
...

"that we here highly resolve that these dead shall not have died in vain; that this nation, under God, shall have a new birth of freedom; and that government of the people, by the people, for the people, shall not perish from the earth." 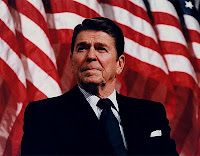 February 6th marks the centennial of Ronald Reagan, born in Illinois in the year 1911.

Reagan assumed the office of presidency during a deep recession, reeling from the stagflation of the 1970s, double digit interest rates, national malaise. His administration sparked an economic recovery that was the longest peacetime expansion up to that point in history.

The following 1984 campaign  ad sums up Reagan's eternal optimism: It's morning in America again. Much has been and will be written about Ronald Reagan, but some high points are captured in this video clip:  Reagan Tribute

Most important, at the end of the 20th century, Ronald Reagan's leadership helped to accelerate the end of the Cold War. He articulated with moral clarity the reasons to win the Cold War in this clip: Ronald Reagan - We Must Fight Speech. Not long after Reagan left office the Soviet Union broke apart and the Berlin Wall came tumbling down. 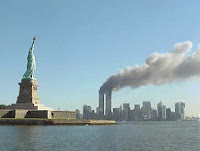 We have our challenges in the new millennium which began with September 11, 2001.  In its wake came the War on Terrorism, economic woes and the continuing slide down the slippery slope of spiritual apostasy, moral awfulness, political anarchy ...

In the future, we can draw on the inspiration from the last three centuries and three great presidents - Washington, Lincoln, Reagan - who had birthdays this month. As we face our defining moments may we have the vision of moral clarity and the will to never give up.


Remember who we are!

Question: This President's Day, which of the former presidents inspire you and why?