What a Ham I am (Part 2) - When lightening strikes

In the first post of this series, I blogged that after more than 25 years as Tech, I moved up to General:  Part 1 - moving on up

During the previous 25 years,  I had my moments on the air, especially when living out in the country.  OM had been very into designing and putting up antennas.    Outside the city, OM put up a tower, many antennas, in a ham friendly environment with no covenants and little RF interference.

Loss of jobs, new jobs took us cross country and back.  In the silent years, we dwelt in densely populated areas. Covenants.  Transmission lines all about.  Much RF interference. Tight spaces.  Definitely not ham friendly. OM, the dedicated ham and antenna engineer he is, made due and was clever with some of his urban camouflage (fodder for another post?).

Finally, we took an early retirement in a small town in fly-over country. Little RF interference, much more elbow room, ham friendly. OM's first antenna went up last summer in 2010. It was like the good old days.  We were in a more rural environs with a beautiful view of the mountains.

Yet, that summer of 2010 had its share of thunderstorms. One in particular was brewing over the mountains in the west. I sat watching the light show from my dining room window. The thunder was getting louder. The lightening flashes closer. Oh my gosh!  It was coming right for us!

Lightening struck. It vaporized the wires of my OM's antenna. The flood of current surged into the house - taking out random appliances.

Goodbye - TV, DVD, toaster, garage door openers, pellet stove motor, electric lights, an ether net port. It spared the refrig, stove, microwave, fans. (At least I had the sense to unplug my computer. It was OK.)  Most ironically, our Dirt Devil hand vacuum - which had been on its last legs - as it was recharging on the wall got a rejuvenating jolt.  Now, our Dirt Devil has new life and holds a charge much better, sucking with more "oomph" than it has in a long time.

When all the damage was assessed and we settled with insurance, the final outcome was not so bad. We did get new stuff.  New garage door openers.  A better TV and DVD player.   But OM was antenna-less.  At least for a while.

This year, OM has erected a non-resonating dipole  with a lightening rod on the very top. Since May, in our part of the country, the weather has been stormy - high winds, thunder rumblings - the wires on the antenna pole are down. In calmer weather, the wires should be up in the air and we should be on the air.

Meanwhile, OM has been fiddling with radio. Well, .... Field Day is coming.

Yikes!  As I have been typing this another thunderstorm is coming in.  Time to unplug the computer ...

Ham - Amateur Radio Operator
RF - radio frequency
OM - "Old Man" - A guy, no matter what his age - much like the British term - "old boy"  (In my case, my dear husband) 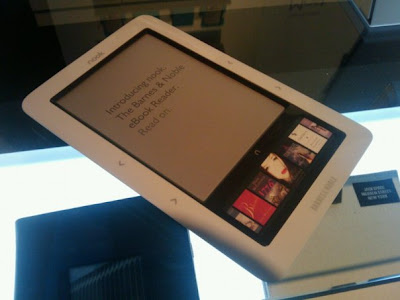 For years, I've been reading from a computer- whether for work on a desktop and for pleasure on my laptop. Daily, I infosnack on various blogs, news, fun stuff, serious stuff, just stuff. And no doubt will continue to do so. I have software to read PDFs, ePub formats, and the Kindle format.

Yet, I did want a compact reader dedicated to reading .  Also, I won't have to haul about hard cover books, paperback, magazine - it's all contained and organized in a small eReader.

Michael Hyatt, the Chairman of Thomas Nelson Publishers, has a very good post on this: The Kindle, Nook, iPad, and Reader Compared.  He has a spread sheet which he breaks it out various features and catalogues them.

The iPads and the like look very cool and do so many things in addition to eReader. Yet , it would be another computer to maintain. For me, it was between Kindle and Nooks.

The Kindle is very appealing, easy on the eyes, light weight, good buy for the money. Comments indicate owners love it.

Yet, I have some friends, bibliophiles, who are into gadget and they were sold of the Nook. The wide range of formats it supports, the color features, the large number of eBooks at Barnes and Noble. Though one downside is that the Nook does not take Kindle, the ePub format, which is far more pervasive.

I chose the Nook. Here is their blurb:

My dear husband got the regular Nook - as shown below.

So far, so good. Between the two of us - regular, color - we got it covered.

FYI: I have no financial interest in promoting Nooks, just the desire to spread the info around.

Question: What, if any, eReaders have won you over?

Photo from Wikipedia Commons: Nook
Posted by smithsk at 8:07 AM 2 comments: 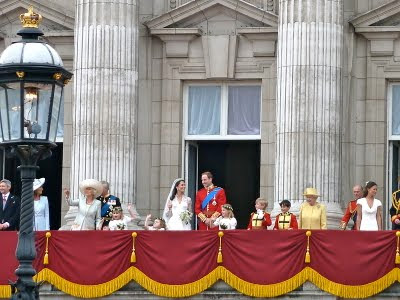 Photo from Wikipedia:  The royal family on the balcony
Posted by smithsk at 10:48 PM No comments: