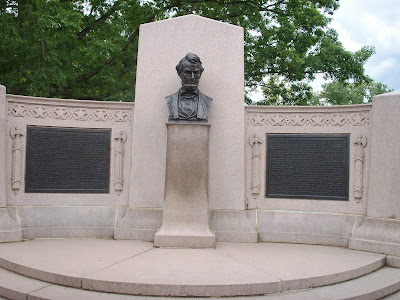 The not so United States was engaged in a great Civil War.

The Battle of Gettysburg (July 1-3, 1863) , one the bloodiest battles--over 50,000 casualties--marked a turning point for the Union. But victory came at a heavy cost of blood and treasure.

November 19, 1863, President Lincoln was asked to deliver a message at the dedication of Gettysburg Civil War Cemetery.

America was conceived in liberty and the proposition that all men are created equal.

Those words brought America back to her roots- beyond the Constitution to The Declaration of Independence.

Lincoln's address is considered one of the most powerful speeches in the English language, as well as any language expressing freedom and liberty.

In these divided times, it bears to be remembered who we are.

And with this new thread, Great Speeches

The Pen is Mightier than the Sword

Other resources on this topic:

The 35 Greatest Speeches in History