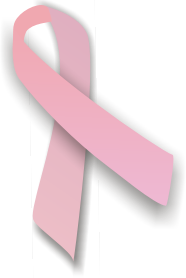 Photo from Wikipedia Commons:  Pink Ribbon
Posted by smithsk at 11:18 AM No comments:

And October has been known for its surprises - that "Gotcha" moment.  Once a candidate has misspoken ... oh, the shame ... you might as well just hang it up ....  especially if most of the press is hostile toward you anyway, not mention the beating you will take in cyberspace as your words go viral.

Pundits, challengers, reporters, opponents, bloggers wait like cougars to pounce on their political prey when they stumble and make that career-ending gaff.   Even a minor gaff can change the course of the election.  Just ask President Gerald Ford who, in the debate with then Governor Jimmy Carter, had a brain freeze and said there was no Soviet domination of Eastern Europe.  (reference: Gerald Ford's Denial ) Goodbye President Ford.  Hello President Carter.


Yes or No?  Fair enough question?  Was the senator trying to hide something?  Possibly.  Then again, possibly not.  The spokesman may not know the answer to that specific question and is making a broad statement to avoid a trap.

But as the Psalmist David wrote -

Many would give an amen to that - especially for politicians and their spokespeople.  But "all" would include the reporters as well.  And a hostile opponent or press corps prays for that "Gotcha" moment to distort the true position of a candidate or discount the fair assessment of a situation.  It's called propaganda

Zen and the Art of Motorcycle Maintenance (ZAMM) has something to say about these "gotcha"  questions.

Robert Pirsig, the author, during one of his Chautauquas discussions, points out the flaw to this Yes-or-No ...  True-or-False ... One-or-Zero  logic.  The real world -  whether in the realm of science, politics, religion,... however you slice it -  is complicated.  And often a truth cannot be captured by an answer to a simple "yes-or-no" question or an assessment of a "true-or-false" state.

An example from high tech comes in the binary world of computer data.  A circuit is said to have two states, "1" or "0."  But what is the state of the circuit when the power is off?  Neither.  It's indeterminate.

Another old warhorse and its infinite variations come with this line of questioning.  A hostile reporter asks a man running for office, for example,  "Have you stopped beating your wife yet?  Yes or No."  The correct answer is an emphatic - "That is a stupid question!"  Neither a "yes" or a "no" reflects the true relationship of this man with his wife - that is, if he is not abusive to his wife.

But back to in the world of politics ...

Jesus was the Master of Mu.

Let's pull out one gem illustrating this from the Gospels, which is relevant for the presidential debates of today.  One issue talked about in the world of politics (and this can be another career-ender)  is

In the 1984 elections, President Ronald Reagan's challenger Walter Mondale stated quite bluntly that he would raise our taxes.  (reference: Walter Mondale Raise Taxes 1984) The result? Landslide victory for President Reagan.  (reference: 1984 Presidential General Election Results)  In the 1992 elections, President George H W Bush lost to his challenger, then Governor Bill Clinton, who largely capitalized on President Bush breaking his read my lips - no new taxes pledge that he had made in the 1988 campaign. (reference: George H. W. Bush)

Like bitter political rivals of today trying to destroy their opponents, the religious leaders hounded Jesus during His earthly ministries as they relentlessly tried to trap Him.  They thought they could get Him on an issue.  Taxes.  And they pressed Jesus for a "yes" or "no" answer on whether it was lawful for them to pay taxes to Caesar, as shown here in this clip from the Jesus movie (1979):

If Jesus had answered - "Yes" - then the leaders could question how could He could possibly be the true Messiah if He were in league with Rome.  If He had  answered "No" - then they could accuse Him as being a traitor to Rome as Rome was ruling over Israel at the time.

This was a "gotcha" question.  Either answer - yes or no, they had Him.  So they had thought.

But Jesus recast the question.  He asked them for a coin and asked whose image was on it.  It was Caesar's, of course.  Jesus responded to their answer - So give back to Caesar what is Caesar’s, and to God what is God’s.  (reference:  Matthew 22:16-22)

Smart Jesus.  Brilliant - the "mu" to the nth degree.  His critics' original question was too small to contain the greater truth - both in the realm of politics and religion.

The answer that the critics gave to Jesus' recast question lent credence that they did owe Caesar something.  Rome had given them law and order, roads, safety, common currency, security, some justice, some measure of peace.  But likewise that did not exempt them from their obligations to God.  And this is only one example of many of the "mu" answers in the teachings of Jesus.  Each time He recast their "stupid" questions meant to trap Him, and He elicited an answer of a greater truth, which we still marvel at 20 centuries later.

Back in the world of politics, most likely the candidates are dodging the questions as politicians try to be all things to all people to get votes.  It's called pandering.  But also politics is a dirty sport. Many questions are not sincere intelligence gathering.  They are traps.  Neither a "Yes" or "No" is adequate to contain the truth or properly address the issue that was raised.  And the real intent of the question is to harvest ammunition to destroy the opponent in that "Gotcha" moment.  Rightly Jesus called those asking such questions hypocrites.

And the best answer to such inadequate "yes-or-no" questions is .....

Couldn't resist the pun or the cute cat....

Signs of the Times (part 2) - Layaway

I grew up in a small town and, in my neck of the woods, the "big city" had 50,000 people in it, and it was an hour's drive away.   The key word here is - I grew up.   And so did my perception of size and distance.  Since then I have worked in some real metropolises (up to 4 million people) and an hour's drive was considered a reasonable commute.

But as a child, it was the treat to go to Kmart in the "big city."  They had so much stuff there - at a discount - it doesn't get much better that this.  And this ad brings back memories.

My mother would slip away to Kmart after school had started to do Christmas shopping.  Many gifts she bought on their layaway plan.  Those were the days when credit cards were not ubiquitous nor so easy to get.  And an ethic still prevailed that you only bought what you could pay for.

Pay as you go?  What an old fashioned idea!

But after I graduated from college and entered the work force, that all changed.  Getting credit cards was becoming much easier - too easy.  I was begged by department stores to please, please sign up for their cards.  Discounts for me - but a nice commission for the floorwalker that signed me up.  And my junk mail floweth over with the good news of how I was pre-qualified to use their cards.  So charge ahead!

Buying things was never so easy.  Just take out the magic plastic - voila! -  instant gratification.  Kick the can down the road and pay for it later.  None of this pay as you go stuff.  And this cheesy ad from the 1980s capitalizes on buying on credit even if your credit is crap.

But since then came the October Crash of 2008.    Deep recession followed with job losses, tighter home budgets, crushing debt, foreclosures, and credit becoming harder to get.  And after the crash I have noticed layaway ads at stores - such as K-mart - especially near Christmas.

We've come full circle on the concept of living within our means and paying as you go ...

And that is good thing!

If only our government had done that we would not have this $16 trillion debt, don't you think?

But Layaway is one of the signs of the times
and hopefully a wake-up call for fiscal responsibility.