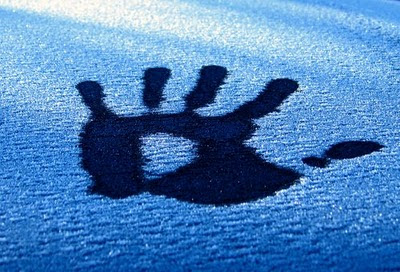 O God, thou hast taught me from my youth: and hitherto have I declared thy wondrous works.
Now also when I am old and greyheaded, O God, forsake me not; until I have shewed thy strength unto this generation, and thy power to every one that is to come.
Thy righteousness also, O God, is very high, who hast done great things: O God, who is like unto thee!
Psalm 71:17-19 (King James Version)
Photo courtesy of everystockphoto.com: Handprint
Posted by smithsk at 1:00 PM No comments: 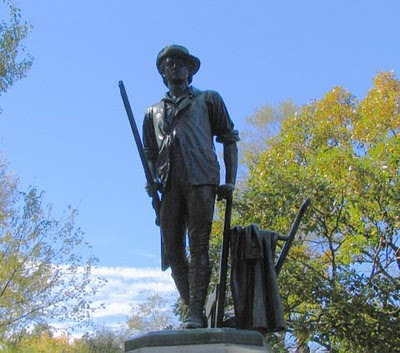 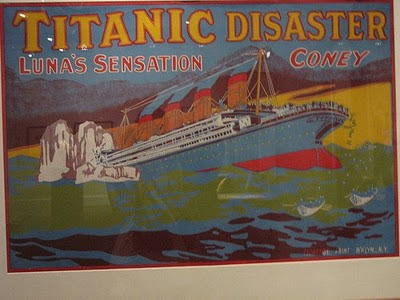 It took her three tries. That's what my grandmother had told me. Finally in 1913, she immigrated from Austria-Hungary to America.

First try, Grandma got scared and turned back at the Rock of Gibraltar. Next time in 1912, she tried to board the Carpathia. She could not afford first class. No way would she go in steerage. Second class was all sold out.

If Grandma had made that trip on her second attempt, what a story she could have told. That particular voyage on that ship was the one that rescued the survivors of the Titanic.

Many movies have been made about this ill-fated voyage of this "unsinkable" ship, such as:


Survivors allege that the musicians on the Titanic played "Nearer my God to Thee" to calm the passengers while the ship was sinking. This hymn sung by the passengers and crew in the 1997 film version conveys how quickly our focus can change when we realize we are about to step into eternity. For those perishing, social standing and wealth, or lack of it, suddenly seem unimportant.

The Titanic set sail on her maiden voyage, April 10, 1912. It hit an iceberg close to midnight on April 14. It sank over two hours later in the early morning of April 15. Of her 2,228 passengers and crew members who set sail, only 705 survived.

This happened 98 years ago. 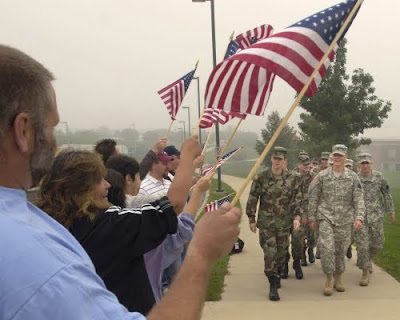 In my neck of the woods, the men and women in the Army National Guard, who have spent the last year in Iraq and Kuwait, are coming home.

In the cities, I see businesses display marquee's and signs:

American Flags, yellow ribbons, and appreciation signs are displayed along the streets, on fences, in windows, on bulletin boards, or are hung from buildings.

I am so thankful for the internet, where I can find sentiments that I find hard to put in words or in pictures.


photo from everystockphoto.com: US Army Soldiers
Posted by smithsk at 7:00 PM 2 comments: