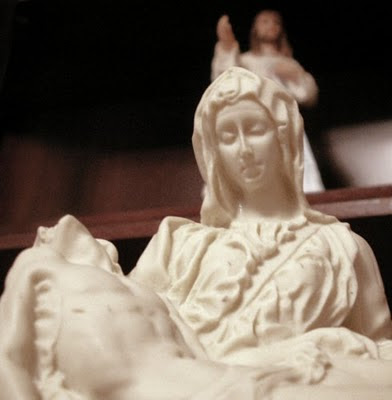 
photo from everystockphoto.com: It's Friday, But Sunday's Comin
Posted by smithsk at 7:00 AM 2 comments:

Show, don’t tell. This is the pithy advice given to writers.

Many American history classes tell the story of the Puritans, their search for religious freedom, and their subsequent immigration to the New World. Jayne Bullock’s novel Winds of Destiny shows the story, which many history book writers only tell.

The times during England’s Civil War are seen through the eyes of a spirited and adventurous heroine, Catherine Grafton, the Catholic daughter of a landlord. A Puritan family, the Ringolds, rescues the heroine from a providential mishap. Her adventurous spirit beckons her on a journey with them, which takes her beyond the point of no return to her old life.

The author has thoroughly researched this tumultuous period, showing the details and the settings of the times. The writing brings to life the regional dialects of the characters.

The book is quite relevant for today, in many ways.

First, it can give us a better understanding of American history. What were the struggles of people of conscious in a land that did not tolerate religious freedom? What events in mother England drove the Puritans to such places like America?

Second, Jayne conveys the message of tolerance and understanding, much like the parable of the Good Samaritan. The heroine finds compassion from an unlikely source - those who are “the wrong religion.”

And last, in the uncertainty of the 1640s, Providence takes the heroine on a journey she could not have foreseen. Likewise, are not these uncertain times in twenty-first century America?

Since I have been researching life in the Middle Ages and the Renaissance in Europe, I was most interested in Jayne’s historical novel during such times. I liked this story because she humanized this period as narrated in the first person of the heroine. I would recommend this book not only to those who love a good yarn of adventure and romance, but to Anglophiles as well. It covers the few decades in the seventeenth century when England actually became a republic, which is fascinating.

eBook can be purchased at: synergebooks.com/ebook_windsofdestiny.html


Lord, be my rock of safety, the stronghold that saves me. For the honor of your name, lead me and guide me.
Psalm 30:3-4
Posted by smithsk at 6:09 PM No comments: 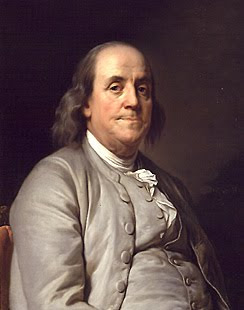 Whose bright idea was this?

The one who said:

As an American envoy to France, Ben Franklin anonymously published a letter suggesting that families in Paris could save 64 million pounds of candle wax in six months by rising earlier to use morning sunlight. (Reference Benjamin Franklin: America's Inventor)

It took well over a hundred years for this American inventor's idea to catch on .... at least, in America.

Between the World Wars and post World War II, communities observed the time change as they pleased. In 1966, Congress passed the Uniform Time Act, which standardized the length of Daylight Saving Time. Today, Arizona and Hawaii are the only US states that do not observe it.

In 2007, DST was extended by four weeks as part of the 2005 the Energy Policy Act. Yet, I can recall the earliest DST time of all. (Other than World War II. I'm not that old.)

The United States was reeling from its first major energy crisis, post World War II. Since the US took sides with Israel during the 1973 Yom Kippur War, the Arab states aligned to punish Israel's allies with the Arab Oil Embargo. Hence, this embargo precipitated long gas lines, an energy crisis, a recession.

Living in a northern state, I recall walking to school in the dark .... or in the moonlight ... when this law was enacted.

So March 14th? It could be worse. Could be all year round. Could be January 6th. And we could be in a war. Or another energy crisis. A recession. Wait. We are? Hmmm.

"Those who cannot learn from history are doomed to repeat it."
George Santayana
Picture from Wiki Commons: Ben Franklin
Posted by smithsk at 2:09 PM No comments: