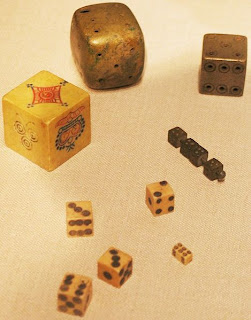 This March 20, 2011 not only hails the first day of Spring, but also closes with an ancient Hebrew holiday which celebrates the Providence - the casting of lots.

The holiday is the Feast of Lots - Purim.

By Jewish reckoning, it begins this year at sunset on March 19th and ends at sunset March 20th. In some places of the world, the holiday starts the last night of Winter and ends the first day with Spring.

... weeping may endure for a night, but joy cometh in the morning.
Psalm 30:5
(King James Version)

The entire story is found in the Book of Esther. Also it is told wonderfully here - The Feast of Purim. Both are a good read with a beautiful heroine, heroes, evil villains, court intrigue, and a thriller with a plot twist. Most remarkable - it's true.

Instead of merely retelling it - and there are so many good links, such as the one above, that do that - I have drawn out a few points as to this marvellous story of God's Providence.

Here are three rolls of the loaded dice:

In the Old Testament, who was the greatest deliverer?

* Moses when he delivered the children of Israel from slavery in Egypt?
* Joshua who fought the Battle of Jericho?
* Gideon and his small band that delivered his people from the Midianites during the time of the Judges?
* David who defeated the Philistines?

If you go strictly by the numbers, it was a woman - Esther.

After 70 years of captivity, the prophets had decreed that Jewish people return to the land. Perhaps as many as 60,000 did so. Their story is told in Ezra and Nehemiah and two of the "minor" prophets - Haggai and Zechariah.

Yet, most disobeyed and stayed in the Persian Empire. The Book of Esther tells what happened to this majority, who did not go back to Israel. Again, it's the same old sad story of anti-semitism.

Moses and Joshua had delivered an estimated million in the Exodus from Egypt. But Esther, perhaps, delivered her tens of millions, for it has been estimated that several million Jews lived in the Persian Empire during this time.

For comparison and contrast, reference: Haman and Hitler

* Was it "luck" that the king of Persia put away his wife and through a beauty contest picked Esther as his new queen?
* Was it "luck" Esther when exercised nepotism, so her next of kin Mordecai rose to a prominent position within the kingdom and had the queen's ear?
* Was it "luck" when Haman hatched his "final solution" to exterminate the Jews that Mordecai said to Esther:

... and who knoweth whether thou art come to the kingdom for such a time as this?
Esther 4:14
(King James Version)

The story is filled with many such lucky coincidences - such that Haman's plot was exposed and Mordecai and his Jewish countrymen found favor with the king and issued the support to stop it.

Sophocles was right. God does load the dice.

The Book of Esther is unique in many ways. It's one of the two books in Protestant Bible named after a woman. It is the only book which has no direct mention of God or prayer.

In spite of that, the hand of God is clearly seen, He is alluded to as deliverance coming, prayer is implied with fasting. In a pagan court, the God of Abraham, Isaac, and Jacob was still there in the shadows watching over his own - even those who were deliberately out of His expressed will. (Reference: George Campbell Morgan)

The story today still speaks to me. It gives me hope for this godless world that seems to have gone mad, and the name of God only used as a curse word.


Question: Have you had any "lucky" coincidences, which have brought you deliverance?


Picture from Wikipedia Commons: Historical dice
Posted by smithsk at 6:40 PM No comments: 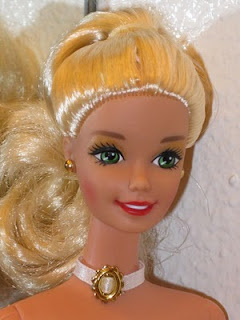