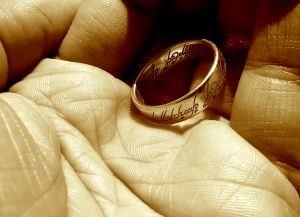 J. R. R Tolkien - famous for his works, The Hobbit and Lord of the Rings, coined it.

What does it mean?

First, let's look at the familiar word at its root, which has quite the opposite meaning - Catastrophe

According to the Merriam-Webster online dictionary, a catastrophe is -

1:  the final event of the dramatic action especially of a tragedy
2:  a momentous tragic event ranging from extreme misfortune to utter overthrow or ruin
3 a:  a violent and sudden change in a feature of the earth
b:  a violent usually destructive natural event (as a supernova)
4:  utter failure : fiasco


We see catastrophes reported in the news every day -

Then we have its opposite - Eucatastrophe

Eucastrophe is Tolkien's  neologism  from

Eu - from the Greek for good
Catastrophe - as defined above, simply put - destruction

According to Tolkien Gateway -

"I coined the word 'eucatastrophe': the sudden happy turn in a story which pierces you with a joy that brings tears ..."

The climax of Lord of the Rings is a eucatastrope.

At Middle Earth's darkest hours  ... as Frodo had succumbed to the evil power of the ring and turned back from the quest to destroy it ... as Gollum wrested the ring from Frodo ... as the evil forces of Sauron seemed certain to be victorious ...

Then there was a sudden turn of events for the good ... the eucatastrophe ... which destroyed the ring and broke the power of Sauron.

Below are images of the highlights of the trilogy - over ten hours into four minutes - ending in the eucastrophe:

Likewise, there is another epic story - it would be no exaggeration to call it the greatest story ever told -

The promised Messiah was betrayed by one of His own ... rejected by His own people ... handed over the Romans to be cruelly abused ... ridiculed by the elite religious leaders ... crucified as the lowest of the criminals.  He died and was buried.  His followers' were disillusioned - their hopes totally crushed.

Yet, at this dark time in history when all the forces of hell seemed to have prevailed came the eucatrastrophe ... the resurrection.

The Psalmist wrote of eucatastrophe in the following verses :

... weeping may stay for the night,
but rejoicing comes in the morning
...

You turned my wailing into dancing;
you removed my sackcloth and clothed me with joy,

that my heart may sing your praises and not be silent.
LORD my God, I will praise you forever.

Lyrics above were taken from I Corinthians 15 (KJV):

21For since by man came death, by man came also the resurrection of the dead.
22For as in Adam all die, even so in Christ shall all be made alive.
...
54   ...then shall be brought to pass the saying that is written, Death is swallowed up in victory.

55O death, where is thy sting? O grave, where is thy victory?
56The sting of death is sin; and the strength of sin is the law.
57But thanks be to God, which giveth us the victory through our Lord Jesus Christ.

As Professor Tolkien wrote in Letter 89:

"The Resurrection was the greatest "eucatastrophe" possible ..."


Death - Resurrection of the dead

In Adam all die - in Christ all shall be made alive

This Easter Season presents a wonderful lesson in Culture 101 -

which is to be continued ...


Photo from everystockphoto.com:  My precious
Posted by smithsk at 6:56 PM