It was the name of a great TV Western of the 1960s, starring Clint Eastwood. But it was also the secret service code-name for President Ronald Reagan.

As an actor who had once starred in Westerns (host of and guest appearances in Death Valley Days, guest appearances in Wagon Train and Zane Grey Theater, Cattle Queen of Montana, The Last Outpost, Santa Fe Trail - where he played George Custer, ...), President Reagan quite liked that code-name, Rawhide.

But not long after being sworn in as the 40th President of the United States, Rawhide was in for a rough ride ...

Seventy days into his presidency, the Reagan administration had not gotten off to a good start. The resounding victory in November, defeating incumbent Jimmy Carter was forgotten.  What should have been the honeymoon period for a new president was over in mid-March.

With proposed cuts in federal spending, the opposition party, the Democrats, had criticized the President for not caring about the poor. His decision to send military advisers to El Salvador echoed fears of another Vietnam.  President Reagan's approval rating had dropped to 59 percent. This had been the lowest approval rating in modern times at this point in office.

Difficult days were ahead ...

This day could have been the day the President of the United States was assassinated - and nearly was. And the clip below shows some of the chaos of that day:

Rawhide Down - the Near Assassination of Ronald Reagan.

And the book has the flavor of an episode of the TV series, 24.  The author gives a timeline of what happened that day from his site- RawhideDown.com.  The link below is a great resource to piece together the chaos.

(click on the link below for the interactive site)

Leaving the Hilton after giving a speech to the AFL-CIO, the President did not know he had been shot by would-be assassin John Hinckley, Jr. ... neither did the secret service. But after walking into George Washington University Hospital, the President collapsed and almost died.

Meanwhile, the Vice President, George H. W. Bush, was on Air Force Two over Texas and out of the loop of constant contact of real-time events. The confusion of what had just happened and who was in charge played out badly in the media as if the Keystone Cops were running the country.

Fortunately at this time, the confluence of trained secret service agents and advancement in trauma medicine saved the life of the 40th President of the United States. However, presidents who had been shot before had not come to a such good end.

(It was not just the assassins' bullets that killed them.)

James Garfield was in office for four months when an assassin shot him twice in 1881. The wounds were not mortal, but the bad doctoring - compounded by a medicine in those days that had not fully grasped the idea of germs - were fatal.

President Garfield suffered for 80 days, wasting away from 210 pounds to 130, in the sweltering summer in Washington DC before air conditioning. He suffered greatly by the infection induced by the surgeons, who so ineptly tried to remove the bullet - and never did.  President Garfield finally passed away from a heart attack, not from the original three inch wound, which the doctors turned 20 inch contaminated gash.

William McKinley was reelected in 1900 along with his running mate, Theodore Roosevelt. September 1901, a self-proclaimed anarchist shot the President in the stomach. He lingered for eight days before succumbing to gangrene and infection. Again, good medicine could have saved him. In all fairness, antibiotics were unknown at that time.

Let's look at the most famous assassinations in American history. What is tragic is that the assassination may have been prevented if those protecting their presidents cared about their job or had been adequately trained. 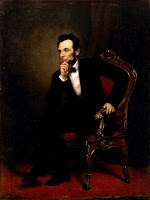 I garnered much information about the assassination of the 16th President of the United States from Bill O'Reilly's Book - Killing Lincoln. (It's an excellent read.)  Two weeks before his assassination, the President had a premonition of his death and continued to act fatalistic concerning the many threats on his life.

The man assigned to protect Mr. Lincoln and his entourage at the Ford Theater was Washington D.C. policeman John Frederick Parker. Parker was a slacker and the people around him all knew it. Even Lincoln.  Clearly, security standards were abysmal.

That fateful Good Friday, April 14, 1865, Parker left his post guarding the President's box. He went next door to get a drink and never came back. The book, Killing Lincoln, gives the account that at about ten o'clock John Wilkes Booth stopped by for a shot whiskey, sitting only a few feet away from Parker.

Left unguarded, Booth had easy access and shot the President - and the rest is history. Amazingly, Parker was acquitted and unpunished for dereliction of duty. Lesson painfully learned was to vet the presidents' guards more seriously.

November 22, 1963 in Dallas, three shots were fired at President Kennedy, who was riding in an open limousine with the first lady, the Governor of Texas and his wife.

Yet, the driver did not recognize the sound of gunfire when the first shot whizzed by the limousine. When the second shot hit the President and the Governor, the driver slowed down to glance behind him to see what was happening. At this point, neither the secret service agents nor the driver took any evasive actions.

Then came the third shot.  That one was fatal.  It killed the President ... and again, the rest is history.

Who knows?  With proper training of the driver and the agents, they may have recognized trouble from the get-go and taken evasive action to save the President's life. But since then, more hard lessons were learned.  The agents now are more thoroughly trained.

The Marvels of Modern Medicine ...

As in the cases of Presidents Garfield and McKinley, it was the infections, not the initial wounds, that killed them. Since then, we know about germs and have drugs that effectively fight infections.

Trauma centers in hospitals were unknown in the 1960s and early 1970s. Before then, soldiers wounded in combat had a greater chance of survival than someone getting shot in the inner cities. But with advances in trauma medicine, units came into being in the late 1970s - especially at George Washington University Hospital in Washington DC.

Rawhide Down fills in the minute by minute details of the timeline and the key players leading up to the day President Reagan was shot and its ensuing events. Fortunately, the agents had learned the lessons from the tragic mistakes of the past, such as:

* Training the President's body guards, which had been lacking during the times of Lincoln and Kennedy.

* The advances in trauma medicine, something unknown in the time of Garfield and McKinley.

All the above saved President Reagan, who would have otherwise been dead within twenty of the shooting.

A brand plucked out of the fire?

John Wesley, founder of the Methodist denomination, came close to burning to death at five years old when he was trapped inside a house on fire. He was snatched before the flames consumed the house as well as himself. Susannah, his mother, saw the hand of God in the rescue of her son. Susannah called John - a brand plucked from the burning (reference Zechariah 3:2).

Likewise, President Reagan came very close to dying while just three months in office. Throughout the ordeal of the shootings, the President still showed an optimism and a concern for those about him. In the epilogue of Rawhide Down, the President wrote in an entry about his near assassination:

Whatever happens now I owe my life to God and will try to serve him in every way I can.

Indeed, President Reagan pressed on for the next eight years with ups and down and was mostly successful. Under his watch after previous years of malaise, the Spirit of America revived with renewed optimism. Taxes were reduced. The economy recovered from stagflation and boomed.  Defense was beefed up. Reagan did not cave in to appease the Soviet Union.   And shortly after he left office, the Berlin Wall came tumbling down and the Soviet Union fell apart.

The Saving of Ronald Reagan and renewing our national spirit is part of America's Story
which is to be continued ...

One of my favorite Reagan speeches:  Rendezvous with Destiny


This site on B-movies - AwesomeBmovies.com: