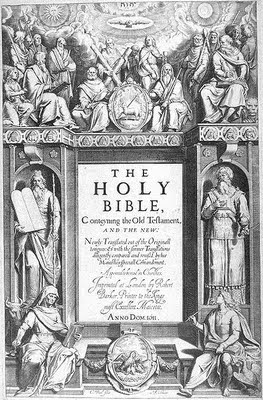 This year, 2011, has marked the 400th anniversary of the King James Bible.

Check out this article:


The headline of this article is no hyperbola.


From a literature standpoint - this translation is one of the greatest piece of literature in the English language. (reference: Why the King James Bible Endures)


From a scholarly standpoint - the bar was set very high in making this translation. (reference: An enduring legacy)


From a cultural standpoint - no other book has influenced so much of the English speaking world, such as the United Kingdom, the United States, Canada, Australia, New Zealand, .... (reference: King James Bible - Influence)


From an American standpoint - this version had a great influence in many of the American founding documents and laws. (reference: Concurrent Resolution (House & Senate) Recognizing the 400th Anniversary of the KJV)


The story of how this translation came about is rich in historical twists and players - saints, sinners, martyrs, persecutors. (For further reading, check out: English Bible History)

And now for the video clips highlighting the King James Bible ....

Below is a video (one of many good ones) that captures the high points:


The influence on the English Language.

This cartoon version presents quite succinctly and humorously the influence of the King James Bible on our language and culture:


The influence in Music.

Many sacred pieces take their lyrics from the King James Bible, such as the musical masterpiece, Handel's Messiah.  During this Advent/Christmas season, what more appropriate example of a song from this masterpiece than this one:

For unto us a child is born, unto us a son is given:
and the government shall be upon his shoulder:
and his name shall be called Wonderful, Counsellor,
The mighty God, The everlasting Father,
The Prince of Peace.
Isaiah 9:6
(King James Version)

The source of many Idioms.

Below is a tribute to the King's English, as the narrator easily pours from his lips so many of the idioms that have become part of our every day speech:

Who would have even imagined that in 1611! Yet it happened. One of the most unforgettable Christmas Eve's was in 1968 when the crew of Apollo 8, while circling the moon, read to the world these words from Genesis in the King James Version:

P. S.
And God saw every thing that he had made, and, behold, it was very good.
Genesis 1:31
(King James Version)


Happy 400th Birthday KJV, which
Praises the King of King and Lord of Lords!

Merry Christmas
And God bless us all on the good old Earth!

Unto us a Son is Given