Part 4 of Zen and the Art of Motorcycle Maintenance (ZAMM): 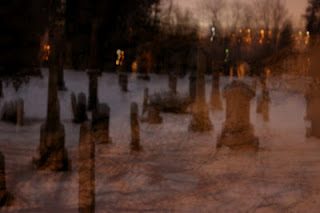 It's almost Halloween, and this holiday is a good lead in to write about ghosts.

In the physical and metaphysical journey described in Zen and the Art of Motorcycle Maintenance, the author Robert Pirsig, his son Chris, and riding companions rest after a few days on the road as they head into the Dakotas.

Coming out of the Red River Valley, the riders have a scare as they go through a thunder and lightening storm while exposed to the elements on bikes. Instead of camping, the group opts for a motel. Signing in, one of the riders comments to the author-

Then thirteen year old Chris asks his father about ghosts, saying one of his Native American Indian friends at YMCA camp believed in ghosts.

The author, Robert Pirsig, a rational college professor with a very high I. Q. (170), scoffs at this absurd notion. But Chris continues badgering his dad, commenting with what his friend believes -

... when people have not been buried right, their ghosts come back to haunt you.

And Chris does not let this subject go as they all settle in for the night. Finally, the author admits knowing someone, who was chasing ghosts all his life. He found the ghost. And he gave him a good thrashing.

The ghost had a name - Phaedrus.

Phaedrus is the title character in Plato's dialog between Socrates and Phaedrus, which includes a discussion about madness. And from here on, the author refers to his old self in the third person as Phaedrus.

Part of the treatment for mental illness used to include Shock Therapy. The author may have gone through an experience, such as this one shown in the video below, when he had been hospitalized for insanity in the early 1960s.

The treatment should have buried Pirsig's old self, but the ghost of Phaedrus -  the old personality that should have been erased in the shock therapy - comes back to haunt him.

On that haunting thought, the staple of Halloween lore is that ghosts do come back to haunt us. But most of us have encounters with ghosts of another kind - the ghosts of an unpleasant past. Toxic parent or guardian? Unkind relatives? Bad relationships? Abusive bosses? Bullies of all kinds? Traumatic events?

Even when the offending persons are gone from our life or the situation seems resolved, that critical voice in our heads resurrects them ... like a ...ghost?

St. Paul wrestled his old self - even after he had literary his "come to Jesus" moment on the Road to Damascus. After he had became a new creation, he writes of the death and burial of his old self:

6 For we know that our old self was crucified with him so that the body ruled by sin might be done away with, that we should no longer be slaves to sin— 7because anyone who has died has been set free from sin.
Romans 6
(New International Version) 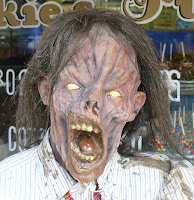 With his own strength, Paul had tried to give his old self a good thrashing and it did not work.  He found out that the dead indeed do come back to haunt him - as they are not buried right. Later in the same letter, Paul writes:

18 For I know that good itself does not dwell in me, that is, in my sinful nature. For I have the desire to do what is good, but I cannot carry it out. 19 For I do not do the good I want to do, but the evil I do not want to do—this I keep on doing. 20 Now if I do what I do not want to do, it is no longer I who do it, but it is sin living in me that does it.
...
24 What a wretched man I am! Who will rescue me from this body that is subject to death?
Romans 7
(New International Version) 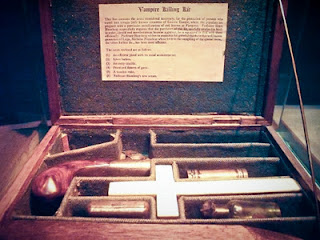 So Paul, figuratively, had to get out the crucifix to put the stake in the heart of his old self and free himself from the law of sin and death:


1 Therefore, there is now no condemnation for those who are in Christ Jesus, 2 because through Christ Jesus the law of the Spirit who gives life has set you free from the law of sin and death.
Romans 8
(New International Version)


Chris's Native American friend had it right - but may I reword it, again?

When our old nature is not buried right, it comes back to haunt us.

And what beats life back in our old nature is the heart. 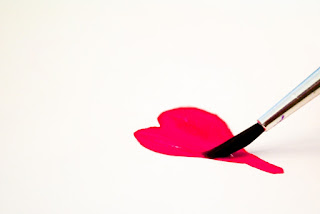 9 The heart is deceitful
above all things and beyond cure.
Who can understand it?
Jeremiah 17
(New International Version)

Only Christ can set us free from the old nature and the bondage of sin and death. And He can put a stake in the heart of the old self, ....

by giving us a new heart.

10 Create in me a pure heart, O God,
and renew a steadfast spirit within me.
Psalm 51
(New International Version)

May we all bury our dead right - so their ghosts do not come back to haunt us - and may we move beyond Halloween to celebrate - All Saints Day!

For previous articles in this series:


ZAMM (part 1) - Zen and the Art of Motorcycle Maintenance