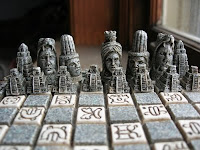 As writers strive to tell a good story, Dr. Bartlett retold this classic at the 2009 EntConnect conference to illustrate why sustainable growth is such an oxymoron.

In the 6th century AD, Indian King Balhait was concerned about the prevalence of gambling games based only on luck. He tasked his mathematician Sissa to create a game which would sharpen mental acuity and encourage virtue. Thus, the first game of chess was invented played on a 8 x 8 checkered board, totaling 64 squares.

So pleased with this new game, the king wished to reward his mathematician. Legend has it Sissa only asked for one grain on the first square of the board, then two grains on the second square, four on the third square, eight on the fourth square, etc., so that the next square doubled the amount of grain on the previous square till the board was filled.

This request seemed like a modest amount of grain, but the table below shows how this doubling scheme worked out. 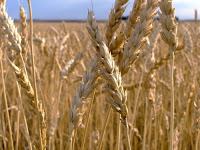 The trend is clear. The growth in any doubling time is greater than the total of all the preceding growth. So by the 64th square, the number of grains on the board is 18,445,744,073,709,551,515. That is 400 times the world wheat harvest in 1990 and possibly more wheat than humans have harvested in the entire history of the earth!

A modest percentage growth (7% growth per year, doubling time of 10 years as discussed in the previous blog) can equate to huge escalations over a short periods of time.

For screenshot of Captain Kirk half-buried in Tribbles: click here