What's this stuffed penguin doing in my hotel lobby?

On a recent trip, we stayed at the first Little America,  just west of Rock Springs, Wyoming along Interstate 80. It's part of a hotel chain, as shown in the video below:

A part of Wyoming history.

In the 1890's, Stephen Mack Covey (1869-1959) was herding sheep in  south-western Wyoming. During a nasty blizzard, 50 mph winds, -40 degrees F, he hunkered down at the site of the future Little America. As he was weathering the storm, he remembered longing for a warm fire, food, and wool blankets.  That experience inspired him to build a shelter on that god-forsaken spot.

The first Little America, really down under

In January 1929, Admiral Byrd (1888-1957) established "Little America" as an outpost on the Antarctic continent. And few years after the Wyoming blizzard experience, Covey saw Admiral Byrd's photos of that "Little America" base camp used while exploring the South Pole.

Admiral Byrd's video at "Little America" is shown below:

The Admiral's isolation inspired Covey to erect a monument and create a refuge on the spot of his "harrowing experience" in Wyoming. Hence, Covey called his refuge for motorists, "Little America." [reference: Lincoln Highway-Little America ]

Originally, the owners wanted a penguin as their live mascot. But their chosen penguin, Emperor, died during the journey from Antarctica to Boston.

Making the best of a bad situation, Little America had the penguin stuffed and shipped anyway. For more about this mascot:  Emperor the Penguin

If the green dinosaur (shown to the right) below its penguin mascot perched on the roof looks familiar, it's the logo for Sinclair Oil Company.  And it just so happened that Robert Holding bought Sinclair Oil in 1976, ten years after he bought Little America.  [reference: Robert Earl Holding Dead: Billionaire Owner Of Sinclair Oil Dies At 86 ]


For a complete history, check out: Little America, Wyoming: a haven for the traveler


The connection to another story.

Little America gets a mention in His Tribe of One, the first in the series of The Commander and the Chief

During an expedition in another god-forsaken place, Chief Nova Orlovic likens the Middle-Eastern desert to the Badlands of the Dakotas. And she makes the following comments to her agents, Colonel Jack Sheffield and Commander Reginald Barrett : 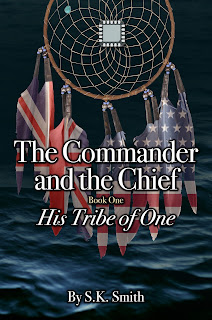 “Because Wyoming’s as remote as the far side of the moon?” Reggie chuckled.

“It’s like this, Commander Barrett.” Nova raised her shoulders as well as her voice. “One of our motel chains, Little America, started in southwest Wyoming, a place of warm hospitality in the harshness of winter.”

“Little America? Sounds just the opposite of Great Britain.”

“Yep. Little America. Named after Admiral Byrd’s station at the South Pole. And that’s why the Little America mascot is a penguin.”

“Who cares?” Reggie threw up his hands.

Jack’s tablet beeped. “Hate to break up this lovely conversation, people, but it’s time for the next passover of the big eye in the sky.”


from Part 5: The Badlands, Chapter 1: The Backside of the Desert.
[for more info on the book:  smithsk.com/cc.htm ]

To find out more about this Little America and Great Britain tension, please read the book and its coming sequels.