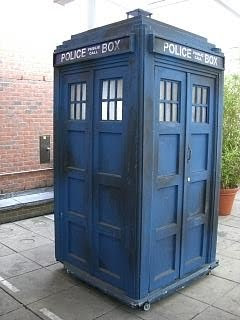 
photo from wikipedia: TARDIS
Posted by smithsk at 9:00 AM