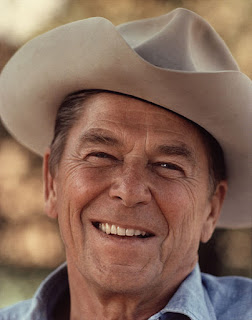 Let's rock through the latter half of the 20th century

As a baby boomer, I have seen a lot in the last half century.  When I crunch the numbers, I shudder to think that I have lived between one fifth to one fourth of American History - if you reckon from 1776.

In the middle of the Eisenhower administration, the country (the 1950s) seemed to have breathed a sigh of relief after World War Two, then to be followed 5 short years later by the "conflict" in Korea. Yet, for most of the 1950s, the times seemed more innocent and the nation had more of  a sense of optimism.

But as we entered the 1960s, the tranquil life of "Leave it to Beaver" was shaken with the rumblings of the Cold War, the Civil Rights Movement, the unpopular War in Vietnam, the Counter-Culture, assassinations (JFK, RFK, MLK), the frantic Space Race to the Moon.

No relief came in the 1970s.  Watergate destroyed Nixon.  Ford (the only president not to elected as either president and vice president) fizzled in two short years.  The next four years of Carter brought another serious energy crisis with long gas lines, the Iran hostage crisis, high inflation, and a sense of national malaise.

Innocence seemed lost - though it may be argued we never had it in the first place.

Amid pessimism, national humiliation, high inflation, deep recession, we elected Ronald Reagan - former movie star and governor of California - as the 40th President of the United States.  One of the great achievements of the Reagan years during the 1980s was bringing back a sense of optimism.

On January 11,1989, Ronald Reagan gave his farewell address to the nation.  The video clip is below.

The last part of the speech, the President issued a warning of teaching our children what -

"America is and what she represents
in the long history of the world."

"So, we've got to teach history based not on what's in fashion but what's important -- why the Pilgrims came here, who Jimmy Doolittle was, and what those 30 seconds over meant."

One reason I started the series,  America's Story, was to remind viewers (and especially myself) who we are as a people.

Check out the previous posts on America's Story:

Likewise, Reagan spoke of his desire for an "informed patriotism."

The baby boomers and the greatest generation have grown up in a different America than the Generation X-ers and later generations.  Before Generation X, the family, the institutions, schools, the neighborhood had imbued a love of country.  And if that failed, there was sense of patriotism in the popular culture.

"The movies celebrated democratic values and implicitly reinforced the idea that was special. TV was like that, too, through the mid-sixties."

Some things I have already blogged about were the positive influence of some movies and TV shows and even books in our culture.

I first saw Mary Poppins (1964)  movie as a child.  Later, I watched it as an adult, but this time recognized in the story line  a serious message of the importance of fathers in the lives of their children.  The magic and the fun songs made the movie delightful for us little and big kids alike, but what Mary and her friend Bert did to bring the family together was wonderful - especially in this "me" culture strewn with broken and dysfunctional families.

I grew up with Barbie dolls.  Much has been said about the influence of the Barbie franchise - good and bad.  The last ten to fifteen years Barbie made it into movies ... at least videos and DVDs.  I was curious and checked out some of these.  And I was pleasantly surprised.   The characters Barbie portrayed showed great character, something to be emulated.

The premise for this 1960s sitcom, The Beverly Hillbillies (1962 - 1971), is displacement - a bunch of hicks in a sophisticated society.  It's been done many times.

Yet, the basic goodness Clampett family drew a sharp contrast against the background of the sophistication of Beverly Hills.  This was something that was missed in the movie.  It reminded me of the prophet Amos going to Bethel.

Beverly Hillbillies and Amos - country folk in the big city (2010)

One episode in the Gilligan Island (1964 - 1967) series really spoke to me and I blogged about it for a New Year's message.  Generally, the character Gilligan was portrayed as incompetent, inept, dumb as a bang of hammers.  But not in this episode - Diogenes, will you please go home?  Here, Gilligan shows great character - honesty, meekness, a pure heart - in contrast to his more worldly wise fellow castaways.

Other than the Bible, Zen and the Art of Motorcycle Maintenance is one of the books that has influenced me in the way I look at things.  It addresses the sorry disconnect in our society and how to integrate science/technology, art, and the spiritual.

Consequently, I have started a series on it - ZAMM (short for Zen and the Art of Motorcycle Maintenance, of course):

and I hope to continue with more ...

"We've got to do a better job of getting across that is freedom -- freedom of speech, freedom of religion, freedom of enterprise. And freedom is special and rare. It's fragile; it needs production [protection]."


Photo from Wikipedia:  Ronald Reagan in a cowboy hat
Posted by smithsk at 9:35 AM No comments: 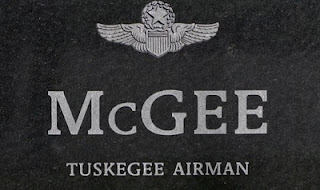 Photo from everystockphoto.com: Tuskegee Airmen
Posted by smithsk at 6:35 PM No comments: